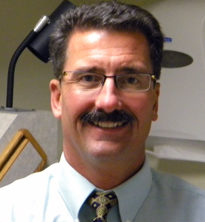 From 2002 until 2013 Dr. Douglass volunteered his time as a clinical director for the Special Olympics Opening Eyes Program. Special Olympics athletes were given the opportunity to have a free vision screening during the June games held in Orono annually. This outstanding event was rewarding for both the athletes and the volunteers who gave their time to make sure these very special athletes received the vision care they desperately needed. Typically over one hundred pairs of prescription eye glasses, non-prescription sun wear and protective goggles were dispensed during the games.

Since 2002 Dr. Douglass has been both the principal investigator and/or a sub investigator for numerous pharmaceutical clinical research trials. Here at Eye Center Northeast we continue to offer our patients the opportunity to participate in clinical research and appreciate their willingness to help us develop new medications for future generations. 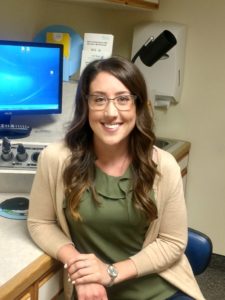 Dr. Fields was born and raised in the great state of Maine! She earned her Bachelor's degree at the University of Maine and then continued on to earn her doctorate degree at the New England College of Optometry. Dr. Fields completed her training in a variety of different clinical settings including private practices, VA medical centers, and community health centers. She is a member of the American Optometric Association and the Maine Optometric Association. As a member of Volunteer Optometric Services to Humanity, in 2017 Dr. Fields went on a humanitarian trip to the Dominican Republic to provide eye care and glasses to the underserved population there. Dr. Fields is a member of the Bangor Lions Club, a non-profit organization. Among other volunteer efforts, the Lions Club provides eyeglasses to community members that are unable to purchase on their own.